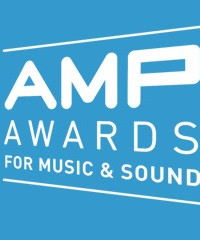 Heavy Duty Projects, the New York and Los Angeles-based music for picture studio, took home the Ryan Barkan Award for Best in Show at the ninth annual AMP Awards for Music & Sound. The company won for its work on “Keep Walking,” a lively, quick-cut pastiche of hip people moving to a mashup of songs that are all driven by the need to keep walking. The spot, created by Anomaly in London, was also a winner in the Outstanding Adaptation/Arrangement category.

In addition to taking home two trophies for “Keep Walking,” Heavy Duty Projects also won in the category of Best Use of Music in a Promo, Trailer or Title Sequence for Film, TV or Game for “Shillin,” created for the hit FX series “Atlanta.”

Joining Heavy Duty as a two-time winner at the AMP Awards this year was TBWA\Media Arts Lab, which won in the category of Best Use of a Licensed, Pre-Existing Recording for “Privacy on iPhone – Tracked,” for Apple, and in the Best Artist + Brand Collaboration category for “Start Up – 45 Years of Apple Sounds,” also for Apple.

The Ryan Barkan Best in Show award, named for the late music supervisor, was presented by AMP Awards Show Chair Julia Neumann, Chief Creative Officer of Johannes Leonardo in New York. Neumann led the awards’ curatorial committee as it reviewed all the category winners, certifying them as the best in their respective categories, and selected the Best in Show.

Best Use of a Licensed, Pre-Existing Recording, Sponsored by Reservoir

Most Effective Use of Music in a Campaign

Best Use of Music in a Promo, Trailer or Title Sequence for Film, TV, or Game

“Where Then Meets Now”

Most Innovative Process and Execution

Sponsored by the Association of Music Producers (AMP), the AMP Awards took the occasion of its first live presentation since 2019 to commemorate the life and achievements of the late composer David Horowitz and his widow Jan by renaming its Best Original Score category as the David & Jan Horowitz Award for Best Original Score. A highly awarded composer and jazz pianist, David passed away in April of 2020 at the age of 77 due to complications of the coronavirus.

Over his 32-year career, David composed thousands of pieces of music and supervised sessions and film shoots for highly prestigious clients, brands and agencies under the banner of his David Horowitz Music Associates. And Jan, David’s business partner and great love, was a founder of AMP and served as its President. Her leadership and insight was instrumental in guiding the creation of AMP’s bylaws and helping set the direction of the Association.

The AMP Awards also marked its ongoing support of the Musicians Foundation (www.musiciansfoundation.org), a nonprofit that provides emergency financial assistance to musicians, composers and educators in need. A portion of the proceeds from the AMP Awards are being donated to the Foundation. On hand to accept the honor was its Executive Director, B.C. Vermeersch.

Also on hand for the event was outgoing AMP National Board President Georg Bissen of MetaTechnik, who took the occasion to welcome incoming AMP National Board President Carol Dunn of Human Worldwide. Dunn will officially kick off her two-year term on June 1 of this year. As leader of AMP’s Diversity & Equity Committee, Dunn took part in announcing a new initiative, an AMP-funded scholarship that will provide support to young musicians via the Save the Music Foundation (https://www.savethemusic.org/). Further details on this exciting new program will be announced soon.

Voices Ringing Out for Ukraine

Long known as ‘the loudest show in the industry,’ the AMP Awards has always featured live performances, and this year was no different. The presentation kicked off with a somber performance by Ukrainian Village Voices, a New York City-based collective of Ukrainian and non-Ukrainian singers, whose mission is to preserve and revive the polyphonic singing style of Ukraine’s villages. Presented as a show of support for the democratic nation of Ukraine, the performance ended with an appeal for donations at www.Razomforukraine.org//donate, with AMP matching the first $500 donated, dollar for dollar.

Also performing was the brother-and-sister-led band known as Lawrence, which appeared courtesy of Beautiful Mind Records. Launched by siblings Clyde and Gracie Lawrence, the eight-piece soul-pop band’s most recent album, released on July 23, 2021, is titled “Hotel TV.” Its lead single, “Don’t Lose Sight,” was featured in a Microsoft commercial, which propelled it into the Top 20 on the USA Shazam Pop Chart and led it to the Top 40 Radio Chart.

Wrapping up the night’s entertainment were the industry insiders Charlie Davis and Francis Garcia, who perform under the tag Hang the DJ. Davis is a Brooklyn-based musician and DJ who’s worked in the New York City music industry since ’06. He’s currently the VP of Creative Synch at BMG. Garcia, an AMP Award winner in 2019, is the CCO of Academy Fight Songs, a creative shop based in Brooklyn, Los Angeles and Nashville. AFS merges the Rough Trade Publishing and Bank Robber Music roster with creative direction by Shout It Out Loud Music to create soundtracks for visual content and brands.

For more information on AMP, visit www.ampnow.com. To view past winners of the AMP Awards, go to www.amp-awards.com.