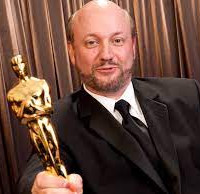 2021 begins with some great news for Chicago as SCREEN has learned that Amazon Studios will be bringing their new sci-fi drama LIGHTYEARS to town. Offices for LIGHTYEARS open this month and the series is expected to begin shooting in March. The series from writer Holden Miller and producer Daniel C. Connolly (THE SON, INTO THE BADLANDS) is a co-production of Amazon Studios and Legendary Television. Oscar-winning Argentinian director Juan José Campanella will direct and executive produce the first two episodes.

Written by Miller, LIGHTYEARS follows Franklin and Irene York, a couple who years ago discovered a chamber buried in their backyard which inexplicably leads to a strange, deserted planet. They’ve carefully guarded their secret ever since, but when an enigmatic young man enters their lives, the Yorks’ quiet existence is quickly upended…and the mysterious chamber they thought they knew so well turns out to be much more than they could ever have imagined.

LIGHTYEARS will premiere exclusively on Amazon Prime Video in more than 240 countries and territories worldwide. Check back here at Screen Magazine for more details on LIGHTYEARS in the weeks ahead.