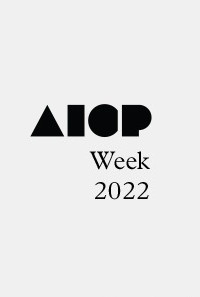 AICP Week is back, and with it comes a new format for presenting and celebrating the winning work in the AICP Awards competitions: the AICP Show: The Art & Technique of the Commercial, the AICP Next Awards and the AICP Post Awards.

The full program of winners in each show will be screened during the day at the AICP Base Camp headquarters, located at the Angelika Film Center in Manhattan, New York, 18 W. Houston Street, where an accompanying series of panels, seminars and tributes will also be taking place. This will allow holders of the AICP All Access pass to view them on their own schedules, as each show will Premiere, and then repeat, several times at Base Camp throughout the Week.

The best in show winners for each competition – The AICP Show Advertising Excellence and Advertising Excellence/Campaign winners, the Next Awards’ Most Next and the AICP Post Awards Best of Show – will debut during a special presentation at MoMA on June 9, followed by a  gala reception. Following this, one final screening of each show will take place in the MoMA theaters.  On hand for this event will be the Chairpersons for the AICP Show, Mal Ward of Arts & Sciences, and the Chairperson for the AICP Post Awards, Yvette Cobarrubias of Cosmo Street, along with Matt Miller, AICP President & CEO.

To view the full Base Camp schedule of Premieres, screening and panels, go here. To secure passes for AICP Week, go here.

AICP’s work in promoting greater diversity will be a featured part of the Base Camp lineup, with four sessions devoted to the latest news and developments in this important initiative. AICP CEO Matt Miller and Tabitha Mason-Elliott, Chairperson of AICP’s Equity & Inclusion Committee, will sit down with the Association’s newly named VP of Equity & Inclusion, Sheila R. Brown, to discuss her new role at AICP and provide a look ahead at her plans for the industry’s push for greater diversity and inclusion.

Tamika Lampson, Executive Director of the Commercial Directors Diversity Program, the joint effort of AICP and the DGA to promote greater diversity among the directorial ranks, will join with Roxanne Artesona, Owner of Roxanneandco and a member of the CDDP Advisory Board, to provide an overview of how the CDDP has already made its mark on the population of commercial directors and reveal its plans to have an even greater impact moving forward.

Finally, AICP’s E&I leadership, along with some of the most proactive ad agency Heads of Production, will discuss ways the industry can create real change when it comes to expanding opportunities for underrepresented talent and minority-owned companies.

Sustainability in production is another topic that will be the subject of two separate panels. In the first, experts involved in the sustainable production initiative Green The Bid will discuss the latest efforts to make commercial production a greener process and help curtail its GHG footprint.  In a follow up to this, representatives from agency, brand, production and post production perspectives talk about the transformative action they’ve taken, share what they’ve learned along the way, and consider what they’ll do to continuously move to becoming zero waste, net carbon neutral, and regenerative.

Another highlight of Base Camp will be its day-long Business Affairs Boot Camp, AICP’s annual deep dive into a diverse array of issues and trends facing all facets of the industry. (Normally only available as an ala carte ticket, this year it’s being included in the AICP Week pass while still being available ala carte. For ala carte tickets, go here.)

Among the topics to be covered at the Boot Camp are the new SAG-AFTRA contract; an overview of legal and practical issues of working with blockchain, NFTs and the metaverse; and an update on cyber security threats, particularly as they relate to crypto currencies, NFTs, the metaverse and the protection of intellectual property. The event includes a lunch and learn session sponsored by Wrapbook, the digital-first payroll solution, then wraps up with the ever-popular Lawyers on the Clock session, in which a group of industry attorneys are asked to do the impossible: frame and answer some of the most burning legal questions in two minutes or less.

The AICP Post Council will be represented with two panels at Base Camp: The first, “The Healthy Hybrid,” will examine how the hybrid post production environment that’s becoming more commonplace today impacts technology, workflow, bookings and the concept of acceptable social boundaries. A second session, “To Be or Not to Be in the Room,” presents a discussion between agency creatives and post production artists on how to get the best results out of editing, color and mixing sessions in a hybrid setting, versus in-person sessions.

A Nod to Great Accomplishments

Also taking part at Base Camp will be two special tribute events. On Tuesday night, June 7, at 6pm, a tribute to the life and legacy of Ringan Ledwidge will be curated by Rattling Stick and friends. Ledwidge was one of the most prolific and creative commercial directors of the past 20 years. The evening will highlight his body of work and feature remarks and tributes from friends and colleagues. The event will be preceded by a cocktail reception at the Angelika, starting at 5 pm.

The following evening, at 6 pm on Wednesday, June 7, the AICP Post Council will honor the award-winning editor, company owner and industry leader Clayton Hemmert of Crew Cuts as he is inducted into the AICP Post Hall of Fame. Also being celebrated at this event will be the winners of the Camp Kuleshov Lev Awards, presented annually from among the chapter winners in the AICP’s trailer competition in the categories of Editorial, Sound Design and Graphics. This event will also be preceded by a cocktail reception starting at 5 pm.

The AICP Show and The AICP Next Awards are preserved in The Museum of Modern Art’s Department of Film’s state of the art archives for future generations to study and are available for use or exhibition by the museum’s curators. All individual works and each year’s shows in their entirety can be viewed exclusively at www.aicpawards.com, the AICP Awards Archive website, while past winners of the AICP Post winners can be viewed at www.aicppostawards.com.