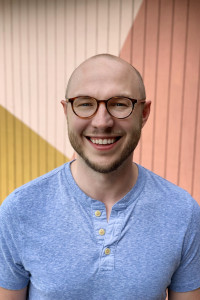 Adam Henderson told SCREEN, “This industry is always changing, and tango has thrived by leading, not just adapting. There’s probably no smarter team in the business–which is why joining charlieuniformtango was a no brainer for me. I’ve always admired the company’s work, and to have a chance to be a part of this team is something I could not pass up.”

Adam Henderson has worked for a range of clients, including H-E-B Grocery Company, Motel 6, Farm Bureau Financial Services, and Poo~Pourri and agencies such as The Richards Group, The Integer Group, and Publicis Hawkeye, to name a few.

A Dallas Metroplex native, Adam Henderson has been cultivating his passion for film and editing since high school. This has led to an impressive track record of success in both commercial and personal projects. His work has been featured in festivals around the world, most recently winning Best Short Documentary at the Santa Barbara International Film Festival. Although this short film, Pant Hoot, www.panthootfilm.com, was shot in less than a week at The Jane Goodall Institute in South Africa–also known as Chimp Eden, Adam devoted three months to editing its hundreds of hours of footage. “Taking my time with this edit was such a pleasure –because of the subject matter and the free rein the director gave me,” Adam says.

When not in the editing chair, you can find Adam and his wife Carissa remodeling their home, catching a late-night movie at the Alamo Drafthouse, or jamming along to his wife’s 90’s cover band, Topanga.