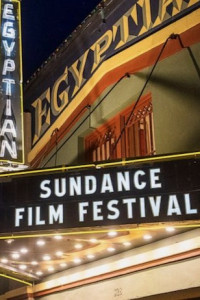 The Sundance Film Festival is underway, virtually so, with filmlovers (and hopefully filmbuyers) experiencing world premiere cinema from the small screens in their respective living rooms. The festival has marked a terrific festival for Chicago Media Project (CMP), founded by Paula Froehle and Steve Cohen. SCREEN initially reported the Windy City collective of independent film investors and philanthropists was bringing a whopping five scintillating premieres to the Sundance screens. And now it’s six.

That impactful sixth CMP-supported project is The American Dream and Other Fairytales, directed by Abigail Disney and Kathleen Hughes. The title should be enough to draw attention, and CMP’s Cohen shared with SCREEN that “we fully expect that this project will create some waves, but our hope is that the film will be just the beginning of a conversation around the state of workers’ rights in America.”

Let’s hear from the two co-directors about their highly anticipated documentary, which you can view online through January 30th…

More about the Co-Directors

Abigail Disney is an Emmy-winning documentary filmmaker, activist, and co-founder of Fork Films, a nonfiction media production company which produces the podcast “All Ears.” She is the Chair and Co-Founder of Level Forward, a new breed storytelling company, created the nonprofit Peace is Loud, which uses storytelling to advance social movements, and the Daphne Foundation, which supports organizations working for a more equitable, fair, and peaceful New York City.

Here are the other five CMP-supported films premiering online at Sundance through January 30th, complete with exclusive insights Cohen and Froehle shared with SCREEN…

MIJA, directed by Isabel Castro. CMP’s Froehle believes this film will resonate with audiences worldwide, “Just a beautiful, intimate human story. We need more filmmakers like Isabel. Earlier this fall, CMP launched our inaugural Shifting Voices Film Fund to support emerging BIPOC creators, and we can only hope to find more storytellers like her.” Mija dives into the world of a young woman hustling harder than anyone else. Because for Doris and her family, “making it” isn’t just a dream – it’s a necessity.

TANTURA, directed by Alon Schwarz. Chicago Media Project has never been afraid to tackle polarizing subject matter, as this film will demonstrate. “TANTURA revisits the genesis of the Israeli-Palestinian conflict through the lenses of the Israeli soldiers who fought in the War of Independence and the Palestinian survivors who called it their nakba or ‘catastrophe’. It’s going to be controversial, but we believe Sundance will be the right platform to bring this story to international attention,” CMP Co-Founder Cohen shared with SCREEN.

TO THE END, directed by Rachel Lears, who debuted at Sundance with her Alexandria Ocasio-Cortez documentary Knock Down the House. “Following up Knock Down the House is no easy task, but Rachel really went for it. This is an urgent story about climate justice at a critical moment in history, and it’s necessary viewing,” CMP Co-founder and Board Chair Steve Cohen shared with SCREEN.

MIDWIVES, directed by Hnin Ei Hlaing. Two midwives, a Buddhist and a Muslim, work side by side in a makeshift medical clinic in Western Myanmar where the Rohingya tribe (a Muslim minority community) are denied access to services and persecuted by the Buddhist majority. “This project appeared at our live crowdfunding event, the ‘Great Chicago Pitch,’ back in 2019, and for the director’s safety, we had to be careful about how much information was presented. Hnin is an enormously brave filmmaker, and we’re thrilled to see her share this story with the world,” CMP Co-Founder Froehle shared with SCREEN.

32 SOUNDS, directed by Sam Green. This immersive documentary that explores the elemental phenomenon of sound and how it affects our conscious and unconscious lives. “It’s really pushing the boundaries of documentary storytelling, and that’s something we’re always looking to support at CMP,” Chicago Media Project Co-founder and CEO Paula Froehle declared to SCREEN.

Star-Studded Lineup and Diversity in Numbers

Sundance’s Director of Programming Kim Yutani offered some notable insight into the selection process. Yutani lamented that many decisions have already been made before those films even get to them. “We’re just in a very fortunate position to be able to receive the work that we get,” said Sundance’s Director of Programming Kim Yutani. “Some of these projects we have been tracking for years, some of them have come through our feature film programs, our lab programs, so we’ve been aware of them through those means. But it is so much about the pipeline and we are at the end of it.”

Click here to purchase your virtual pass to enjoy all of 2022 Sundance feature films through January 30th. 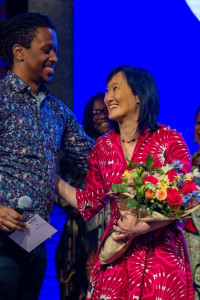 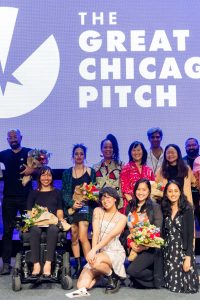