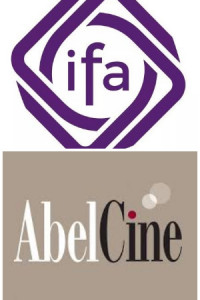 The Independent Film Alliance of Chicago and AbelCine are collaborating on the development of a community center on the Cinespace Chicago lot. Programming will address the business, creative, and technical aspects of independent production. The organizations will focus on developing the potential of local independent producers and filmmakers and introducing them to emerging techniques.

With this partnership, AbelCine’s location at Cinespace will be reimagined as “The Hub @ Cinespace,” a home for indie filmmakers with events, seminars, screenings, and educational workshops. This collaboration is a direct response to the rapid adoption of new technologies and methodologies that have helped the film community move forward safely and effectively  during the pandemic, with a mission of making them accessible to the independent film community.

“The IFA is a community of talented and dedicated creatives. I am so proud of how we, and the  industry as a whole, have pulled together over the last 16 months,” said Angie Gaffney, Executive Director of IFA Chicago. “Filmmakers across the industry have developed a new level  of resiliency and open-mindedness to new methods, and the need for community has never  been stronger. By partnering with AbelCine, we will be able to bring their technical expertise to  Chicago filmmakers and independent producers.”

“During the pandemic we’ve seen innovations such as remote production, virtual production,  and cloud collaboration adopted by productions of every size,” said Pete Abel, CEO of AbelCine. “We believe these new ways of working are here to stay – and not just for big budget features. They will play an important role in the future of independent media production.”

The partnership between IFA Chicago and AbelCine will have two main components: the creation of The Hub @ Cinespace, a physical community and co-working space, and  educational programming focused on emerging technologies, methodologies, and advancing  independent producers.

The Hub @ Cinespace is an 8,000 sq ft facility where creativity, community, and media innovation will come together on a daily basis. The space features the Learning Point, a multi use, 90-seat, 4K-equipped screening theatre, which is available to rent. In addition to  screenings, the space can accommodate tests and shoots, table reads, and other production  activities. Amenities include a community cafe, weekly and daily co-working spaces, a  conference room, and other common use areas.

IFA members with presence at The Hub include the investment group Chicago Media Angels, the workforce development organization Free Spirit Media, and production companies Digital Hydra and Acheron Productions. All IFA members will be able to participate in activities, classes, and workshops.