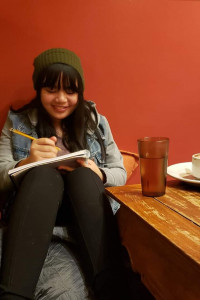 Parents and teachers have been faced with the new challenge of discussing the ever-evolving pandemic outbreak with young children. 12-year-old Natalie Munez Lising had an idea, and wrote a story to help explain COVID-19. With the help of her mom, Chicago producer Mary Angela Munez, Natalie reached out to a few actors, actresses, directors, producers, animators and more to create the PSA remotely and help cultivate the conversation.

ACTION NAT AND THE CAT is an animated series about a six-year-old Filipina girl and her cat as they go on adventures with friends and family. Written by 12-year-old Natalie, the show is designed to help kids understand the realities of our world today and also help kids cultivate important life skills.

The latest episode, ACTION NAT STAYS HOME: A PSA FOR KIDS IN QUARANTINE, is here for you and your kids to enjoy, click here to take a look

Quite a few notables are behind the project, including MTV TRL host Erik Zachary, MMA star Bi Nguyen, aka “Killer Bee,” Christian Isaiah from the SHAMELESS on Showtime, actress and musician Becca Brown from SCHOOL OF ROCK, and producer for The Black Eyed Peas Edgar “Artek606” Sinio. The episode was directed by Jonathan Becker, edited by John Tereick and Tim King, with Marianna Gallegos directing the animation and MTV’s Bill Sloyer designing the sound.

The entire team never broke quarantine, and everything was done through Zoom, Facebook, text, and phone.

To follow up the PSA, the Nat & the Cat Film Co. released a social media challenge titled LATHER WARS to encourage kids, teens, adults to create 20 creative 20-second videos around hand washing. This Saturday, April 25th, they will be hosting a LIVE kid-friendly 90’s throwback party, a Saturday Morning Cartoon style ZOOM party with ACTION NAT AND THE CAT’s cast and crew, hosted by Erik Zachary.