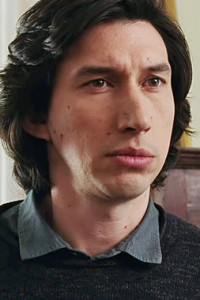 Tax incentives work. That stance is looking stronger than ever as the latest Netflix studio project White Noise, starring Academy Award nominees Adam Driver (Marriage Story) and Greta Gerwig (Lady Bird) and directed by Noah Baumbach (who directed Driver in Marriage Story), began filming this Monday in the Greater Cleveland area. The project is an adaptation of the novel, White Noise, by Don DeLillo. Sources tell SCREEN filming will continue through the end of September, with a budget in the $80-100 million range.

As for those tax incentives, this Netflix feature film production was approved for state tax credits valued at an estimated $23.8 million. According to the Greater Cleveland Film Commission, the Ohio Motion Picture Tax Credit has generated an economic impact of $700-million in the state.

Set at a bucolic Midwestern college known only as The-College-on-the-Hill, White Noise follows a year in the life of Jack Gladney (played by Driver), a professor who has made his name by pioneering the field of Hitler studies.

White Noise marks a reunion for actor Driver and director Baumbach, who earned Oscar nominations for their collaboration with Scarlett Johansson in Marriage Story, which was also produced for Netflix.

This big-budget Netflix studio movie marks yet another landmark in Driver’s meteoric rise from former Marine to Oscar nominee. Here’s some insight from Driver on this unlikely journey:

As for the supporting cast, Jodie Turner-Smith will be joining Adam Driver and Greta Gerwig in Cleveland this month for White Noise. Turner-Smith, whose breakout role came in the Universal drama Queen & Slim, was most recently seen opposite Michael B. Jordan in Tom Clancy’s Without Remorse.  English actor Raffey Cassidy (Snow White and the Huntsman), Sam Nivola and May Nivola are also on board.

As mentioned above, according to the Ohio Development Services Agency, this Netflix feature film production was approved for state tax credits valued at an estimated $23.8 million.

According to the Greater Cleveland Film Commission, the Ohio Motion Picture Tax Credit has generated an economic impact of $700-million in the state. The appealing tax credit program has attracted a number of studio projects to Ohio in recent years, including the mega-budget blockbuster The Avengers, helmed by Marvel directors Joe and Anthony Russo, who are Cleveland natives.

This will be the first movie filmed in Northeast Ohio since the start of the COVID-19 pandemic, with past projects including Cherry and Judas and the Black Messiah.

A Closer Look at White Noise

For some additional insight into White Noise, here is an interview with author Don DeLillo regarding his novel White Noise and a potential preview of what to expect from Baumbach’s upcoming feature:

Check back here at SCREEN Magazine for updates on supporting cast, locations, release dates, and more, as White Noise heads into production this month.